In Which I am Commercialized 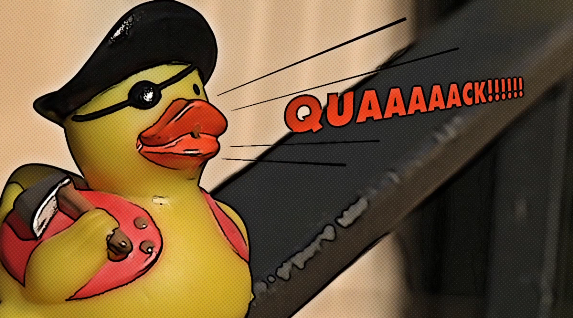 My own commercial! Enjoy!

Not just to be more consistent with my own bloody blog – but the one resolution I promised to keep after 6 months of flying back and forth was to buy something from SkyMall! Who does buy from there? People must, I know, or they wouldn’t still publish the darn thing. Sure, everyone likes to […]

Do we need another hero?

In moving forward in a couple of writing projects, I have been stalled several times and found myself asking,”Why? Why now? Why now, when I clearly need to get some things finished, become rich and famous and buy the house next door so I can knock it down and make a two-story pool that gets […]

One of the things about being a writer, especially one with one foot in the semi-corporate world and one barely in the entertainment (if mainly licensed) world, is – what can you safely blog about? Reviewing things (films, TV, incredibly heavy paperback copies of Game of Thrones) is dicey. If I tell the world what […]

Awww, man … my new book not in stores yet

Sadness and woe! My STAR TREK: PHASER book was not out yet at Barnes & Noble. Still, it will be there shortly, so ask for it – nay DEMAND it – by name!

A new logo and new look for Chip Carter.com! I’m so stoked, I love this new icon, designed by the awesome folks at The MindLabs! Also … my new book (yes, it’s small – but it IS a book, gosh-darn it!) comes out this month. The Star Trek Light-up Phaser and mini-book is on Amazon […]

It’s St. Paddy’s Day – and begorrah, I’m hoping for some luck o’ the Irish to  be rubbing my way as I begin taking steroids! No, NOT that kind of steroids. I finally went to a podiatrist. I’d just incorporated the word “orthotics” into my daily life (which – ugh, just makes you sound old […]

They have a cave scroll …

Hiked the Valley of Fire this weekend. While the valley is not constantly on fire, ringed by lava-spewing volcanoes as I had hoped, it was still mighty cool. And probably safer, as well. The fire appellation comes from the huge, randomly jutting protuberances of reddish sandstone – in effect, it looks like fire frozen in […]

Year of the Dragon Razor

Happy Year of the Dragon! And it’s Kung Fuesday, to boot. So let’s see what’s up … Still in the throes of my writing project, which I have titled Project: Americano. Why? Well, it sounds good, and I’ve been working on it each day at lunch. I order an Americano, and that breezes me through […]