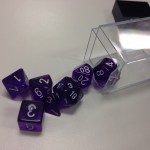 Now, my momma always told me, “If you can’t say something nice … come sit next to me.” No, no no, that was Claree in Steel Magnolias. I try not to be too snarky online, because A) everyone already is and B) once it’s online, it is forever.

However, my recent foray back into the world of role-playing games left me wielding a +3 Sword of Biting Snarkiness …

I’ve been a geek all my life. While I have parlayed that into a somewhat respectable mainstream  life (i.e. I have a table runner and bed skirts … things I never in my life thought I would own or appreciate), I get why there are such clichés about nerds. I stumbled into almost all of them.

Everyone needs a sense of community. All my comic and sci-fi friends live in LA or SD – so when Godzilla comes out, or the latest set pictures from the new series of Doctor Who are posted – I don’t have anyone close by to watercooler it with.

I checked on Craigslist one night just to see if there were games running. I found one and the Dungeon Master contacted me back and I went to my first game in 20-odd years on a spring Friday night. 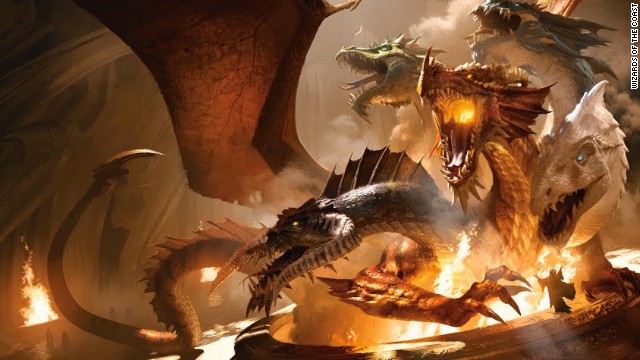 There was a lot to re-familiarize myself with and I was a little hesitant about getting too into character, even though I created an awesome new barbarian. I started tweeting his adventures and had a blast. At around midnight, the game broke up and I was tired but happy to be nerding it up again.

The next week, we played at the DM’s house. At 2:30 am, I finally asked when we would quit. They looked at me like I was crazy. Also, for whatever reason, the DM gave us virtually no chances to have character interactions … so my list of epithets (“By the testicles of Kord!”) went unused.I got home at 4 am, certain I could have gone out to any of Las Vegas’ fine and expensive nightclubs to party with the young and restless, and I’d have gotten more sleep that night.

The player’s house we went to next was on the other side of town. I drove up to his apartment, knocked on the door – and got bowled over by the stench of cat urine. It was almost unbearable and I sat next to the sliding glass door all night, going out “for fresh air” every time the smokers went out.

No experience points got awarded that night, and we stayed until 3 am again. Even though I knew it would be at the Cavernous Apartment of Ammonium the following week, I trudged back, hoping to level up my fighter. I prayed to Kord that  the drunken elf ranger who lived there had cleaned up in the meantime.

He hadn’t. It was as bad as before. I didn’t level up that night either, but texted the DM a few days later to say I had to quit the group.

So – I stalled at Sixth Level Fighter and I’m not sure where to go next. But by the testicles of Kord – I will soldier on …