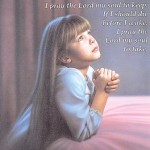 For years, I’ve suffered from pretty intense headaches. Usually behind one eye or the other and they lasted for hours until I could sleep it off. Generally the only thing that ever helped was an extremely hot shower, and even that only helped temporarily unless I could fall asleep quickly enough.

Last year, at a comic convention, I started seeing circles of light in my eyes. The interwebs quickly told me this is ofter a precursor to the worst kind of migraine, so I enjoyed a fun hour of panicking, trying to avoid that oncoming train.

This year, armed with insurance, I went to several specialists trying to narrow down the cause and find a solution. Migraines, allergies and sinus pressure were all ruled out.  The dentist said the root canal I was having might help. I sprayed things up my nose, took painkillers from Mexico, pushed on pressure points went to a chiropractor.

I was told to cut out caffeine and salt (Why continue to live, then?) I was prescribed caffeine pills for when I did get a headache. I stood on my head to increase blood flow, drained more than my share of Lake Mead’s water to get steam into my sinuses. I used heat packs, ice packs, bought a vaporizer, took sinus meds. With almost every option ruled out, I figured it could only be one thing – stress.

Since I am possibly the Most Sensitive Person on the Planet™,  the tiniest bit of stress can send all my endorphins fleeing and jangle my ganglia to the point that all relevant blood vessels shut down in sheer terror to prevent the emotional tidal wave flash flooding down my neural pathways.

I quit a painfully stressful job, and for a while, the headaches did subside. Then, a few weeks ago, they came back. Yesterday, I happened on a medical article that suggested the headaches I was having were, in fact, cluster headaches.

As I read on, I deduced what may be, in my case, The Cause. Some of the research suggests signals from the hypothalamus create the headaches. What is one of the things that fine area of the brain controls (aside from my eternal craving for Pop-Tarts?) – Sleep.

I don’t sleep well. Never have. I  kind of blame both my grandmothers for that stupid “if I die before I wake” prayer I used to have to say. Freaked me out as a kid and I still have a hard time going to bed at night. I don’t want to wake up dead (because knowing me, I’ll get just conscious enough to to think, “Oh, shit! I’m not going to wake up! And now I’ll never see the Ant-Man movie!”)

So. New plan – more sleep. We’ll see if it helps. I mean, come on – it has to be better than ditching coffee …

When the sunlight breaks through the LA sky,
For some damn reason it makes me smile …
– Sixx A.M.