After 20 or so years of going to ComiCon, it is easy to get a little jaded. I fear that happened to me over the last few years, so this time, I made the effort to see things with fresh eyes and have a better attitude.

Thus, I have 10 things I found delightful (in no particular order) about this year’s comixstravaganza …

10. Seeing Dan Parent sketch – I effing LOVE all the stuff Archie is doing and I got to see him sketch for a bit. Meant to get him to do something for my sketchbook, but ran out of time. Speaking of that …

9. Broke my sketchbook cherry! – I was more nervous about this than I thought, but Peter Steigerwald at Aspen did a FANTASTIC Mocha Jesus sketch … so watch out, comic world – here it comes!

8. Stood roughly 100 yards from Thor – My gosh, he is dreamy. I feel the Marvel folks were NOT as helpful as they could have been when I asked for Chris Hemsworth’s cell phone number, but ah, well … 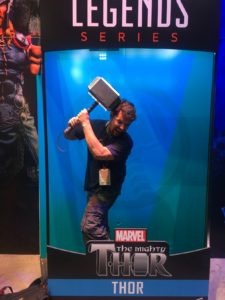 7. Seeing Mike Grell – Yes, Cosmic Boy’s outfit in the 70s made me realize I was gay. I also didn’t get a sketch or even speak to him, but just nice to know someone I so admired in the comics world was there. 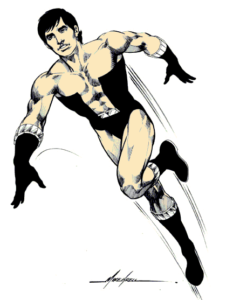 6. Inhumans! Lockjaw! Anson Mount! -Okay, I’m still a little frazzled. I want this show to be awesome. Anson SHOOK MY HAND and Serinda Swan “autographed” my poster for Lockjaw with a paw print. #daymade 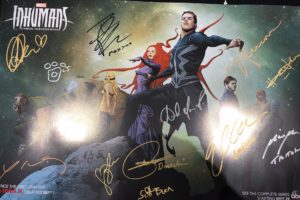 5. A Shag booth – Shag is the only artist I have ever paid real money for a piece of their work. I had no idea he’d have a booth there, and I meant to go back and buy something … and pray that one day I can write a Star Trek comic book illustrated by Shag.  #lifemade 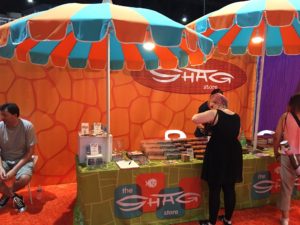 4. Speedo Sub-Mariner action figure – I’m a fan of Speedos, and a fan of Subby. I’ve tried to get this figure for years, but it’s hard to find and when I do, it’s outrageously expensive. $15 score this year. 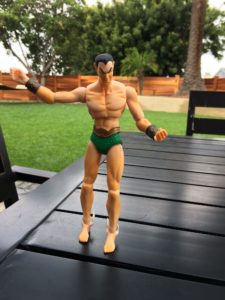 3. Star Trek Discovery – I knew the props would be cool, but the costumes made me giddy. Also, the trailer was far more engaging than I had hoped, so I’m hoping everyone will give this the chance it deserves and watch on CBS All Access. Yes, yes, I know, it’s paying for another streaming service. Still, I have faith that the one fan base that knows how to support something is the Trek fan base. 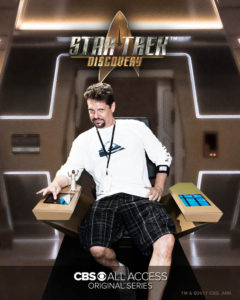 2. The many people I reconnected with – I bitch and moan that it’s hard to see people at the show, yet, I managed to touch base with almost everyone I wanted to in one way or another.

1. San Diego – I miss this town ALL the time. I love Las Vegas, but I miss living where you could smell the ocean when you walked out of the house. One day, San Diego … I shall return!