Let’s face it – I don’t care how much scripted TV you binge on, you watch SOME reality TV. I’ve come to peace with that.

I once tried out for Nashville Star and didn’t get on (I couldn’t even see the judges from the stage, and in fact pretty much all memory of my audition is blanked from my mind – it was that bad). So I learned my lesson. Whatever celebrity is to come my way, it won’t be from reality TV (unless they start Big Spoon Theater – a competition show for middle-aged people that sing loudly and badly in their kitchens while doing the dishes – call me, Andy Cohen!).

Still – I watch a lot of shows I WISH I could be part of … and these are them:

11. RuPaul’s Drag Race – I have never done drag and I don’t think I’ll be very pretty. Still, I would want to lip sync for my life just once. And preferably during Bianca Del Rio’s season. 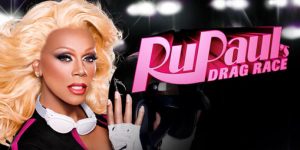 10. Naked and Afraid XL – I wouldn’t last five minutes in a jungle after seeing my first boa constrictor. I’d never make it 21 days, much less 40. Still – I am GLUED TO THE TV when this is on. Why are they always sitting around and only occasionally collecting firewood! I NEED TO KNOW, because I can do that.

Plus … why do the contestants not see those giant letters that say “DAY 21” ? 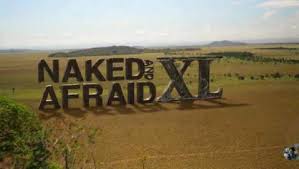 9. Tabatha Takes Over – Why this isn’t on anymore is beyond me. I worship Tabatha Coffey and want her to come to any business I own or work at and fix it with an Aussie accent! 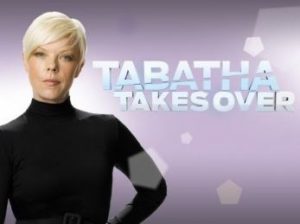 8. Dancing With The Stars – Just one 3 minute paso doble with Maksim. That’s all I ask for in life. 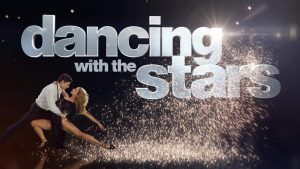 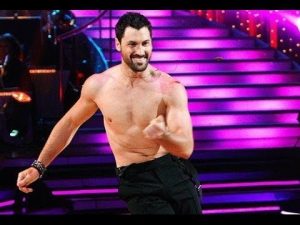 7. The Great British Bake Off – The best way I can sum this up was in a poll Jezebel ran – I would hit that and double hit it if I got to meet Mary Berry. 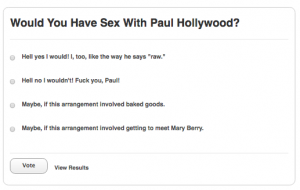 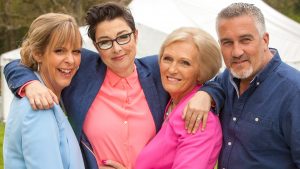 6. So You Think You Can Dance -I don’t think I can dance, but who DOESN’T want to hear Mary scream that I get to ride on the hot tamale train?

5. Jersey Shore – I will not be shamed for this. It would be worth all of the aggravating Snooki background noise to smoosh with any of the guys except Vinnie. Blecch. 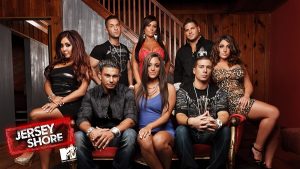 4. American Ninja Warrior – I would be one of those contestant that falls on the first obstacle. Still … I’d love to try and see how far I could get. I know there is a Ninja-type gym in Vegas and one day I will go and just try that warped wall on for size. 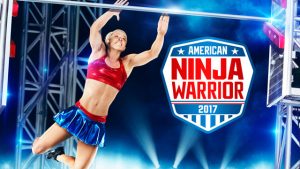 3. Real Housewives of Beverly Hills – Oh, to hang out with Kyle, Lisas V and R, Eileen … and talk shit about Brandy. Every time I go to LA I go by Sur and Pump, but I haven’t been discovered yet. 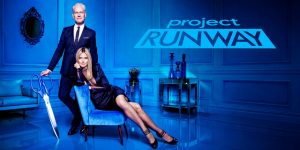 1. American Idol – I didn’t care any more after Simon and Paula left. But in the middle of the Carrie Underwood and David Cook years, I called those votes in relentlessly. This Melinda Doolittle performance changed my life.

I dreamed of being on Idol, but thankfully for the world, I was too old before it ever started.